10 Years of Bob Dylan on the Internet: The Mike Hobo Interview 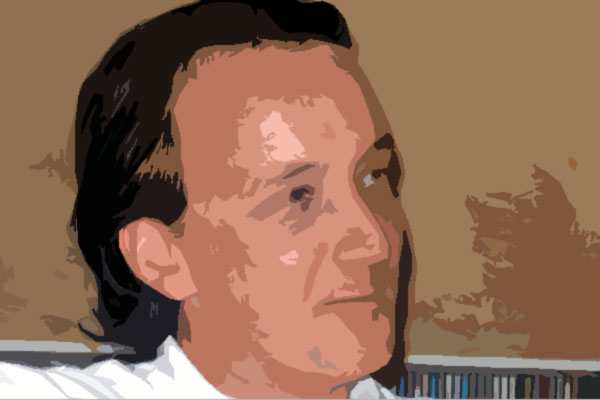 Joey Jampton: How does it feel to be interviewed for your own website?

Mike Hobo: I get a lot of mails from visitors of my site, so it's more like a public answer to me. It's not always possible to reply on each and every e-mail individually. Also the 10 years anniversary just feels right to do this interview right now.

Nothing compared to 45 years as a recording artist (smiles). No, but I am really thrilled that my site is still around and more popular that ever.

Tell us a little bit about how it all started in 1997.

I first got in touch with the web in '96, and I instantly wanted to know everything about how I could create web pages myself. Back in the mid-90s there weren't that many books or other sources on that topic available, so I collected every little piece of information I could get from anywhere. Webdesign and FTP were the two things I figured out first, but I didn't know yet what the content of my website should be. I never really wanted to do a "personal homepage", which were very popular then. I rather wanted to publish information that I would like to find as a web surfer, so I ended up doing this very first generation of the site which was called "The 100% Pure Cult Website". It was hosted on the free Geocities webspace which is now part of the Yahoo network.

Was that already a Bob Dylan website or related to Dylan in any way?

Bob Dylan was one central part of the site, but it also featured Charles Bukowski, Quentin Tarantino, and - believe it or not - even Beavis & Butt-head. (laughs)

A pretty wide range of information...

Well, first it only contained very basic information on the individual topics, some of them only consisted of one single web page. It just collected all the stuff that I was interested back then and that I had something to say about...kind of an early blog as you'd call it today.

When and why did the focus of your website change to Dylan?

Having been a Dylan fan for years, I was always trying to find websites on him. There haven't been too many of them at that time, so I extended the information on my own site. In the first years however that wasn't much more than a biography, notes on album releases, and a picture gallery.

Was your site already known or popular at this time?

I really don't know. From 1996 to 1998 the majority of websites was built in static HTML, there weren't any interactive features such as a discussion forum or a song comments database. Also I had no statistics tool to measure or monitor the visitors and hits. We're talking about a pre-Google era here! (smiles)

When did your site take off to where it is now?

As my website's information on Bob Dylan grew, I realized that I couldn't possibly ever permanently update all the topics of my site. It always was and still is my personal project, and there's no editorial team or newsroom behind it. So I had to focus on what I loved the most, and where my knowledge is big enough to share it with the people out there. (...) Somewhere around the year 2000 I relaunched the site dedicated to Bob Dylan only. In the meantime more and more sites started to use PHP and MySQL databases to produce more dynamic web pages, and so did I. I switched from static HTML to dynamic web programming and it was all worth it: The more I learned about what you could do technically the more ideas I developed for my site. I invented a new song rating method, a forum to post comments on each and every officially released Bob Dylan song, among many other new features. The latest one is a free Newsletter that informs about website updates.

Earlier you told me that you get a lot of e-mails from visitors. What is it that people want to know or tell you?

A question that always comes up is the one for Dylan's address or they want me to forward any kind of information to him. I really don't know what makes people think that I could possibly be able to do this. And even if I could, of course I would never do that.

Because I like the image of Dylan that I have in my mind, and of course I admire him for the valuable work he has created and shared with all of us. Being a world famous personality like him must be hard enough to deal with on a daily basis, I would never want to bother him in any way. I'm sure he's a really nice person, but when you're literally stalked and sometimes even offended by fanatics of any kind it scares you and you just want to be safe and left alone. Everybody should respect that and be thankful for the great music.

What other kinds of e-mails do you get?

All different kinds of personal stories related to Dylan. Once I got an e-mail by a woman telling me of a close 56 years old friend that had died of a very rare disease. She wanted Bob to know that the music he had been listening to during his final hour was the "Saved" album. Those were the last words he had heard before he closed his eyes and died. That one really touched me the most of all the e-mails I've received during the past decade. I couldn't help in any way, but the story will always stay in my mind...

Have you ever had contact with anybody who actually knows Bob Dylan in person or has worked with him?

Yes, one of the greatest moments was when I got a personal e-mail from Al Kooper! I should have printed it and put it in a golden frame (laughs)...No, but I was really proud of it then.

What did he write?

I was looking for quotes on Bob and found Kooper's e-mail somewhere on the web. Of course I did not expect any reply at all, maybe just a general "thank you" of his management. But he actually replied himself!

What did he write?

He was very polite, but didn't want to comment on his work with Dylan. I understand that he might have been interviewed too often on this matter, and be tired of it. Take any book about Dylan and read it there! (laughs)

Apart from Kooper did any other musician or celebrity contact you?

Are there any future plans for your website that you can already tell us about?

The fan community milliondylanfans.com will probably be integrated into my site. Plus I would love to organize a Bob Dylan Website convention, but I don't really know how or when to do it right now. If anyone wants to contact me on this issue, he should feel free to do so...

Thanks for the interview, I hope the result will end up on the site. I really appreciate your work.

(Joey "JayJay" Jampton is a communication student at UMD)