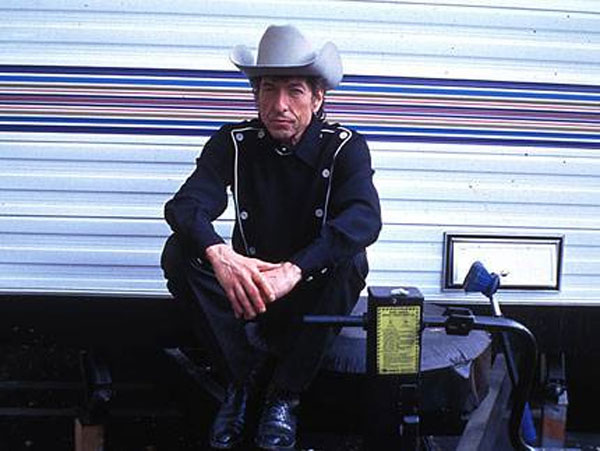 In his first major movie role for "Masked And Anonymous", Bob Dylan plays an out of luck folk singer, Jack Fate, who is bailed out of jail by Uncle Sweetheart (John Goodman) to make his stage comeback for a benefit concert.

This is the official movie trailer: