If you visit New York and you're a Bob Dylan fan, there are several points of interest from the 1960s and 1970s that played an important role in Dylan's life and work during his "classic" period. Though some of the locations have been closed, moved someplace else or simply don't exist anymore, several are left. Here's my personal selection, most of them are in the West Village around Bleeker Street.

After being lodged for some time by friends of Woody Guthrie, the MacKenzies, Dylan and his girlfriend Suze Rotolo moved into a one-bedroom apartment on the thrid floor of a flat on 161 West 4th St. ("Positively Fourth Street"), close to the corner of Jones Street where the iconic "The Freewheelin'" album cover photograph was taken. 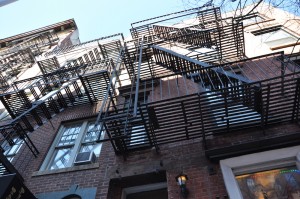 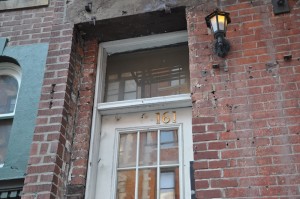 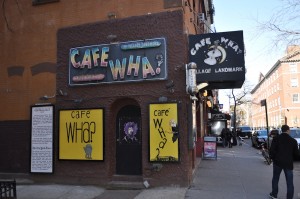 The former popular folk club was among the first addresses where young Bob Zimmerman went to after arriving in New York. It was here and in several other small venues where he performed his first songs as Bob Dylan. The club was owned by Manny Roth, uncle of Van Halen singer David Lee Roth. It still exists as a comedy club at the same address, 115 MacDougal Street.

"I walked down there and ended up In one of them coffee-houses on the block [...] I got a harmonica job, begun to play blowin’ my lungs out for a dollar a day" 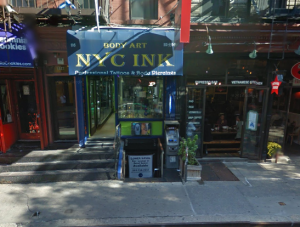 Another premier venue for folk singers, the Gaslight was located in a former cellar at 116 MacDougal St. and turned out to become the location of Dylan's first important engagement in New York. Between 1961 and 1962 three of Dylan's performances there have been recorded, among those new original compositions and later classics such as "A hard rain's a-gonna fall". In 2005 Columbia officially released the album "Live at the Gaslight 1962" including 10 tracks from that era. Seven more songs can be found on the rare 2001 bootleg CD "The Gaslight Tapes". The Gaslight Café closed in 1971, but the original stairs down to the entrance are still there. 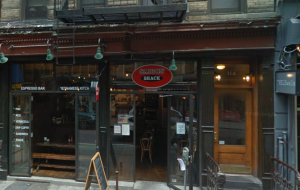 Next to the Gaslight there was a bar called the "Kettle of Fish" (114 MacDougal St.) where Dylan would sit, listen to the Jazz jukebox and watch the Villagers walk by outside. It moved twice and is now at 59 Christopher Street. At the original location today there's an Asian restaurant. 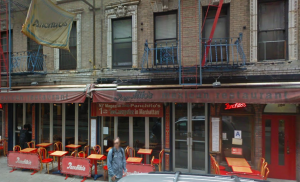 It was here where Bob Dylan wrote his first masterpiece, "Blowin' in the wind". Originally opened in the late 1950s as a poetry club at 105 MacDougal St., the "Fat Black Pussycat" reopened in 1962 under the new name. Since 1972 it has been a Mexican restaurant. 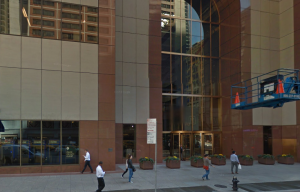 At 799 Seventh Ave. in the upper floors there used to be the legendary studios of Columbia Records, later renamed to A&R Studios. It was here where Bob Dylan recorded his first five albums between 1961 and 1965. 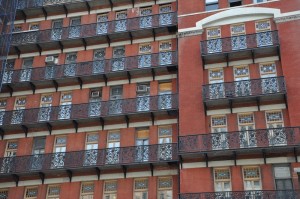 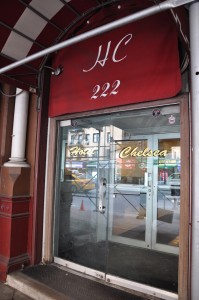 Dylan married Sara in 1965. Together they stayed in room 211, a one-bedroom suite at the Hotel Chelsea at 222 West 23rd St. They moved out in 1966, returning to Woodstock. Close to the Hotel, the cover shot of Dylan's next landmark double album "Blonde on Blonde" was taken.

"I can still hear the sounds of those Methodist bells I’d taken the cure and had just gotten through, stayin’ up for days in the Chelsea Hotel writin’ “Sad-Eyed Lady of the Lowlands” for you" 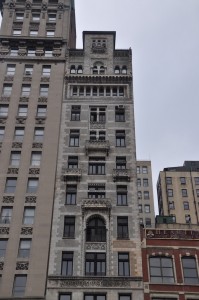 From 1967 to 1973 Andy Warhol's "Factory" was located at the Decker Building at 33 Union Square West, where Dylan hung out and met artists such as Lou Reed and Mick Jagger and muses like Edie Sedgwick, the woman he allegedly wrote "Like a Rolling Stone" and "Just Like a Woman" for. 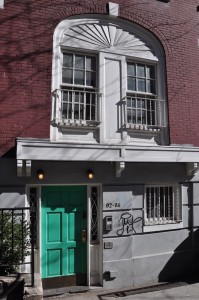 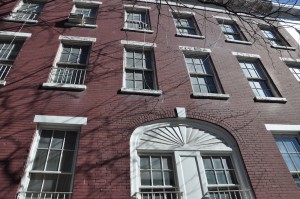 In late 1969 Dylan bought a 19th century townhouse at 94 MacDougal St., close to where he used to live nearly a decade earlier. His return to the Village was unlucky, having become a global icon for a generation and living the life of a family man together with Sara and five children was hard to handle. He was constantly being harassed by fans and clearly the neighbors were not happy about that either.

These are only a few of the more important locations that still exist and can be spotted when walking the streets of the West Village, Chelsea and Midtown Manhattan. Other Dylan-related locations include Izzy Young's Folklore Center (where Dylan met Dave Van Ronk, Young produced Dylan's first concert at Carnegie Chapter Hall), Gerde's Folk City (moved in 1970, closed in 1987), The Bitter End (birthplace of Bob Dylan's "Rolling Thunder Revue"), and The Power Station (where Dylan recorded "Infidels" with Mark Knopfler and parts of "Empire Burlesque" in the 1980s, now Avatar Studios).

Plus, if you like you can visit the Hard Rock Café New York on Times Square, there are several Dylan-related items exhibited there, such the acoustic 6-string guitar he played in the early 1960s, the drum kit of his legendary 1966 world tour and more. 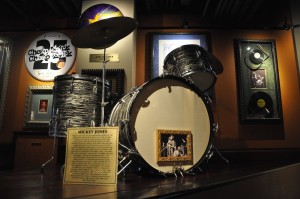 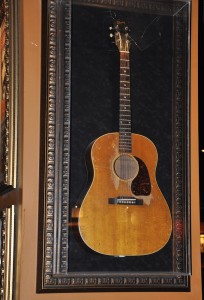 If you would like to dig deeper, I would like to recommend the great book "Bob Dylan New York" by June Skinner Sawyers (MusicPlace Series, 2011).