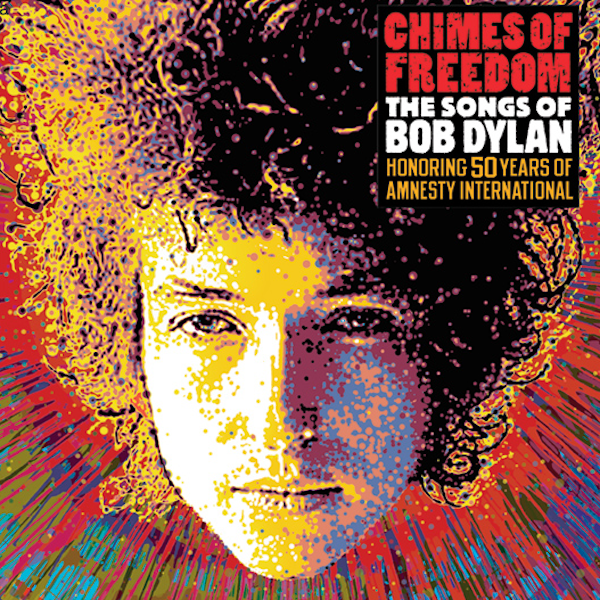 It's going to be he most extensive Bob Dylan song compilation ever released: From January 24, 2012 Amnesty International's 50th anniversary will be celebrated with the four-CD box set "Chimes of Freedom", including incredible 76 newly recorded Bob Dylan cover versions performed by 80 artists. The list of participants ranges from such diverse musicians as Pete Seeger, Ziggy Marley, Sting, and Pete Townshend to Adele, Miley Cyrus and Ke$ha, who performs "Don’t Think Twice, It's Alright" produced by Bob Ezrin. Except for Dylan's original 1964 recording of "Chimes of Freedom", each track on the album is being released for the first time.

In the meantime you can watch exclusive behind-the-scenes video footage of the recording sessions at http://www.rollingstone.com/music/news/amnesty-international-unveils-bob-dylan-tribute-in-honor-of-its-50th-anniversary-20111210. A free 24-hour online streaming was offered from Dec 10 on AI's Facebook page.