Dylan to join "The Dead" again! 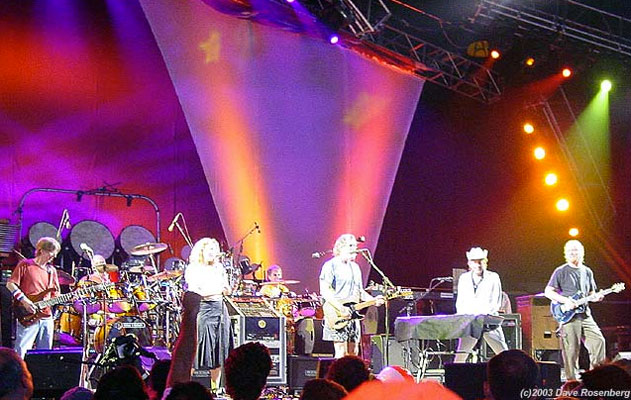 Band members Mickey Hart and Bob Weir, and songwriter Robert Hunter of the Grateful Dead are coming together for their first Summer tour since Jerry Garcia's passing. On several dates they will be joined by Bob Dylan, as well as by other legendary musicians like Willie Nelson and Steve Winwood.

The first gig with Bob Dylan opening and joining The Dead will be on July 29 in Sunrise/FL. Dylan's guest performances with The Dead will be the first in 16 years. The last joint live tour was in 1987, and resulted in the album "Dylan & The Dead" (released in 1988).

UPDATE: On this page you can find the setlists, photos and reviews of the tour!