In my flashforward I had breakfast with Bob Dylan 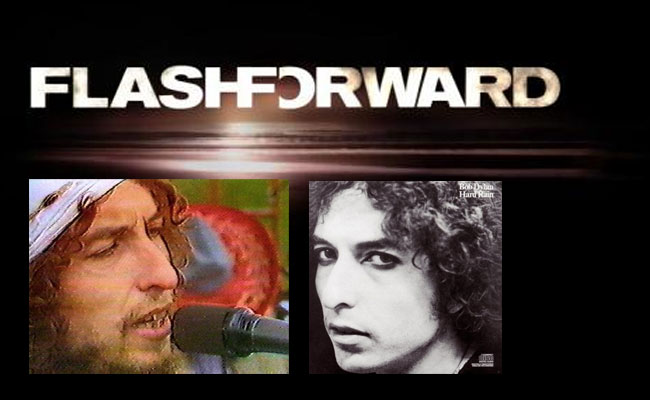 An Internet video of Bob Dylan's 1976 "Hard Rain" live version of "Shelter from the Storm" is featured in episode 9 ("Believe") of the first season of the ABC TV-series "FlashForward". The woman Bryce saw in his flashforward – Japanese office employee Keiko Arahida – watches the video on her PC in the office, trying to learn how to play the guitar like Dylan.

The full song is also used as a background song at the end of episode 9. Read more about the live version, the album "Hard Rain", and the original version.