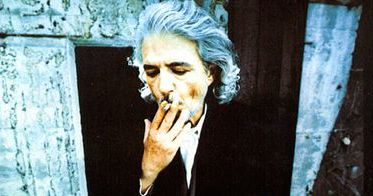 When Songwriters Hall of Fame inductee Gerry Goffin died, the music world lost one of its great lyricists. He wrote or co-wrote more than 50 Top 40 hits songs, many with his former songwriting partner and first wife Carole King. Together they were inducted into the Rock and Roll Hall of Fame in 1990.

His impressive list of hit singles spans four decades and includes song for artists such as Bobby Vee, The Drifters, Gene Pitney, Dusty Springfield, The Animals, The Monkees, Aretha Franklin, The Byrds, and many more. Songs like "Will You Love Me Tomorrow" and "Take Good Care of My Baby" from 1961, "The Loco-Motion" (1962), "(You Make Me Feel Like) A Natural Woman" (1967), "I Wasn't Born to Follow" (1968), "Saving All My Love for You" (1978) and "Nothing's Gonna Change My Love for You" (1984) topped the charts several times, both in their original version and years later again in new cover versions. 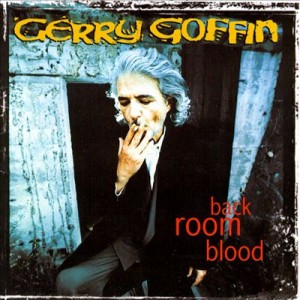 Around 1995 Goffin finally got the chance to collaborate with the man he once described as being “sort of like a god to me”. For his first album since 1973 ("It Ain't Exactly Entertainment"), Bob Dylan co-wrote and played on two songs released on Goffin's “Back Room Blood” in 1996: "Masquerade" and "Tragedy of the Trade".

Masquerade (Goffin/Dylan)
"Masquerade" was taken from the 1986 studio sessions that also produced "Precious Memories", a very similar Reggae track released on "Knocked Out Loaded". The lyrics also reflect Dylan's state of mind at the time, "I'm at a loss to entertain/you see the cells are paralyzed inside my brain", it's very likely though that Goffin wrote/changed/added large parts of the lyrics though. The album credits also list Bob Dylan as the co-producer of the song.
Song sample from Amazon.com

Tragedy of the Trade (Goffin/Goldberg/Dylan)
In an interview for Billboard magazine Gerry Goffin noted that Dylan approached him with only the title and fragments of the first verse ("A young girl dies in the gutter face down..."). The rest was finished by Goffin. The music was written by Goffin's keyboardist and longtime collaborator Barry Goldberg.
Song sample from Amazon.com

In a statement on Facebook, Carole King says on June 19: "His words expressed what so many people were feeling but didn’t know how to say. If you want to join his loved ones in honoring him, look at the names of the songwriters under the titles of songs. Among the titles associated with me, you’ll often find Gerry’s name next to mine".