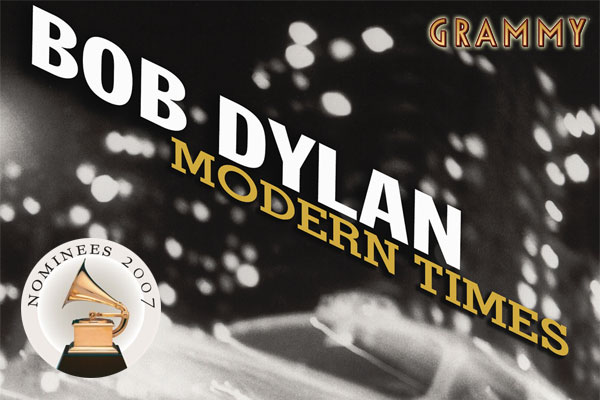 It was another night of success for Bob Dylan at the 49th Annual Grammy Awards. Could it have been predicted? Well, considering the fact that his latest studio album "Modern Times" reached the peak of the Billboard charts, yes. Plus during the past few years Dylan has been a regular guest and winner at various award shows.

So while the times are not that modern anyway, Dylan just keeps on doing his thing as always. The difference however is that this time 'round people don't boo him anymore, they give him awards. And that's about exactly how it should be.