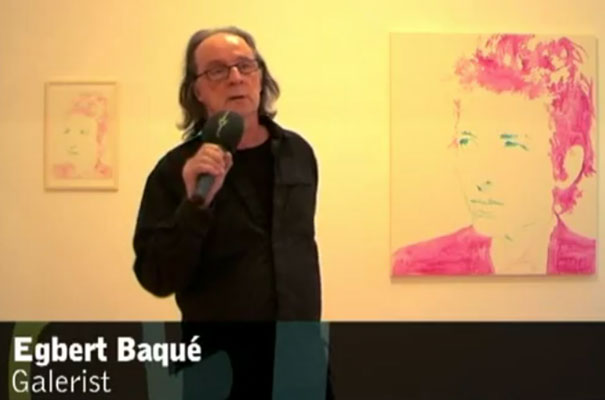 Egbert Baqué Contemporary Art Gallery in Berlin opens the exhibition "A Tribute to Bob Dylan" on March 28. Eleven artists approach the subject in very different ways: through portrait paintings, songs, lyrics, visual elements, related literature or other representations of an era.
Egbert Baqué has always been interested in Bob Dylan. Ever since founding the gallery, every year he has been hosting a Bob Dylan birthday party with a solo concert "Baqué Plays Dylan". The current exhibition is taking place concurrently with Dylan’s European tour and the release of his new studio album "Together Through Life", which will be released on April 28.

UPDATE: Video on the exhibition, presented by Egbert Baqué (in German)