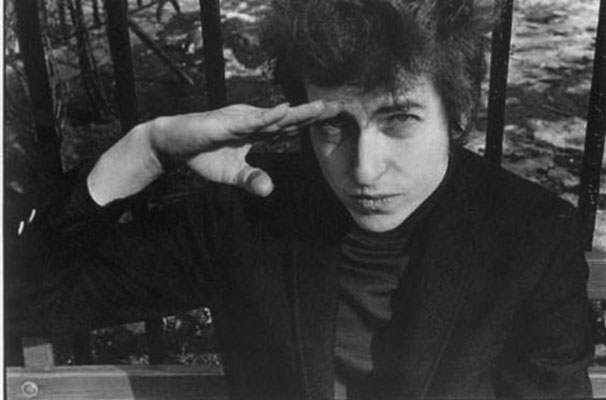 The Steven Kasher Gallery in New York is currently hosting an exhibition of Fred McDarrah's photographs from the 60's and 70's. Among the photos are 6 very rare original gelatin silver prints of Bob Dylan.
The vintage photographies have an average size of 8"x10" and range in price from $3,000 to $4,000.

"Fred W. McDarrah: Artists and Writers of the 60s and 70s" celebrates the former Village Voice photographer's 80th birthday. It is the first ever gallery exhibition surveying McDarrah's work, and the first exhibition ever curated from his entire archive of published and never-before-seen prints.

Fred W. McDarrah was the primary photographer and picture editor at "The Village Voice" during that newspaper's first thirty years (and he is still with The Voice as Consulting Picture Editor). His pictures were the graphic expression of the United States' first alternative weekly as it recorded the most vibrant decades of New York City.

Besides Dylan the exhibition also shows iconic images of Andy Warhol, Allen Ginsberg, John Lennon, Mick Jagger, Lou Reed, Jack Kerouac, Martin Scorsese and Elvis among many others. It can be visited through January 6, 2007.