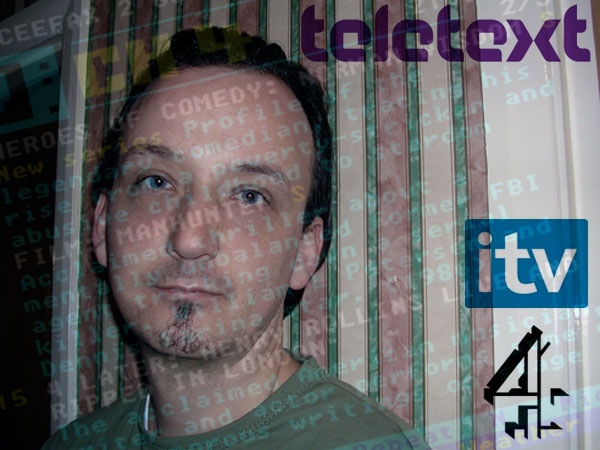 Mike Hobo, editor of the "100% Pure Cult Bob Dylan Website" has been interviewed by ITV/Channel 4 for a "Fan Speaks" special on Teletext's Total Entertainment section. You can read the full interview here:

ITV: Where does Dylan stand in the pantheon of rock performers, if you can call him a rock artist?

Mike Hobo: A lot (maybe even too much) has been written about this. In my opinion the fascination of Bob Dylan can be found in the combination of his huge archive of work (and countless classic recordings, of course) as well as in the myth behind his life (or behind the shades - as bd biographer Clinton Heylin calls it). Similar as the Rolling Stones Bob Dylan until today lived through more than 4 decades being an active recording and performing artist. In this respect two or even three generations of fans actually "grew up" listening to his music.

What will his legacy be?

His legacy will be a huge songbook of classic folk/rock recordings, rock music's probably most unpredictable concerts and his unique and controversial personality.

How do you think his conversion to Christianity for the Slow Train Coming album affected his fans?

He may have lost older fans from the "classic period" of the 1960s, but long-term Bob Dylan fans and new ones soon recognized that one of this artist's most important impacts on music history would be his ability to change - as he did several times during the past 4 decades. By the way, religious topics in performing arts were kind of a "zeitgeist" phenomenon during the late 1970s. And: As the contemporary new recordings and tributes of "Slow Train" have shown, apart from all the disussion some great pieces of music still can be found even in Dylan's probably most controversial period.

What do you think of his acting roles in Pat Garrett, Hearts Of Fire and the new movie, Masked & Anonymous?

Hardcore fans might see it another way, but concerning movies/acting in general, his earlier performances should be referred to as being "guest star appearances". In "Masked & Anonymous" however he had the chance to play more or less himself and that of course is rather credible, even if one must admit that Dylan seems more secure in singing or writing than he is in speaking his prepared lines.

Is it true he records most of his albums in one take and hates to linger in the studio?

That's what some "insiders" talk about, yes. I couldn't tell for I've never been to a Bob Dylan recording session. Having listened to some unreleased studio tapes however I can say that he certainly does several takes of his songs, sometimes in totally different versions. In general Bob Dylan himself once said that recordings have never really been that important to him - he just wanted them to be finished and then play the (new) songs LIVE.

Do you think he ever won back his former folk fans after alienating them with his conversion to electric music in the '60s?

I think those might be lost forever - and Bob Dylan for sure doesn't care...his true fans long for the new and the (renewed) old.

Does he still have anything to contribute to music today? Is he an evolving artist or one whose appeal is essentially a nostalgic quality?

This one is really hard to answer, for I personally still love what he does and always long for his next album to come. I do see however that today other things count in popular music. MTV and the images of music videos have changed a lot since the 1980s. Those who listen more carefully however will be surprised by the variety of styles and songs Dylan still records. And most of all by the real beauty of atmosphere he's able to create. Most of his songs (past and today) will stand the test of time and remain as fashions will come and go.