Fourth time around: Dylan at Letterman 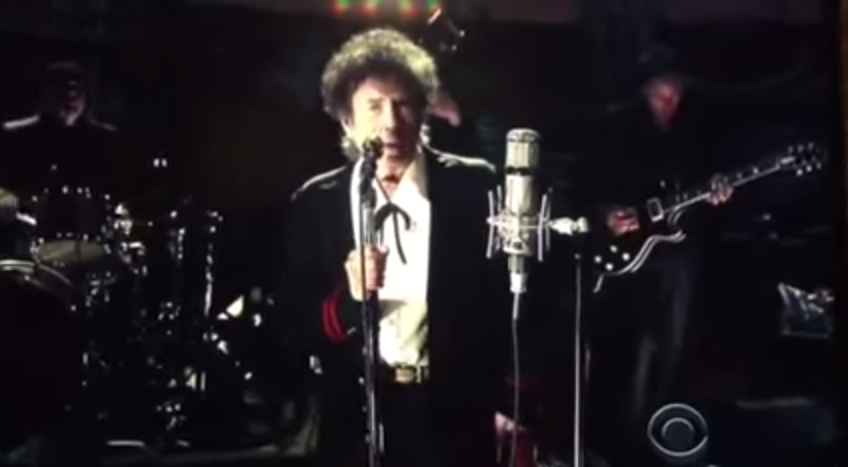 For the very first time in 22 years, Bob Dylan performed live on TV last night at David Letterman's "Late Night" show on CBS. It was his fourth time around, now being among the final musical guests of the broadcast with Letterman as a host – Letterman's legendary era will end today, March 20.

Bob Dylan joined the TV show for the first time in March 1984, promoting his latest album, "Infidels". He performed three songs, the single "Jokerman", the B-side "License to Kill", and a cover of Sonny Boy Williamson's "Don't Start Me Talking". The performance until now remains remarkable for two reasons: One, his backing musicians didn't include any members of the band the album had been recorded with, plus none of the three continued playing with Dylan.

One year later he returned to the Ed Sullivan Theater stage with his new album "World Gone Wrong", a collection of traditional Blues and Folk acoustics, but instead of an album track he chose to perform "Forever Young".

Last night, 22 years later and the last time being Letterman's musical guest, Dylan sang "The Night We Called It a Day" from his recent album, "Shadows in the Night".

Letterman 2015: The Night We Called It a Day